Dean and I, who met in High School, got married at the end of 2012 on the 31 December and we celebrated our wedding while seeing in the New Year with all our closest friends and family. It was such a special day for us.

After we got married we were both really keen to start a family, as I was in good health and I’ve always dreamed of having children. Unfortunately, we found out the road to falling pregnant was not going to be easy for us, and the reason was completely non-CF related which was really difficult for us. Over the next three years I went to a few different professionals who tried to help us and it really took a toll on my body and mind. Over the three years of waiting everyone around us was falling pregnant and having babies and although I wasn’t unhappy for them I was so tired of feeling sad for us.

In 2015, I cultured Cepacia, which was the scariest thing I’d ever been told on my CF journey. My lung function was good and I didn’t feel sick at all so it was really emotionally draining to try and accept the news and I didn’t know what Cepacia was going to do to my lungs or if we would manage to get rid of it with the treatment. As usual Dr Baird took the most aggressive approach and we managed to eradicate it completely. But it meant forgetting about falling pregnant for a while due to the strong medication. After that trying time I decided that I was going to get my first tattoo; a small cross on my ankle to remind me that no matter what I go through with CF God is always there walking beside me. Without my Faith I don’t know if I would’ve been able to stay so positive. There were many days where I drove home from work just singing Christian music (Hillsongs) at the top of my lungs, praying that everything would work out.

Then came the happiest news of our lives! In December 2015 we found out we were finally going to be parents! The next nine months were full of happiness, planning and amazing scans where we could see our little girl grow every month. She was born in August 2016 and we chose the name Grace because at times when we thought we would never have a baby we hung onto the hope that God would find a way for us and He did. I was lucky enough to carry her full term and I wasn’t admitted once for CF related illnesses during my pregnancy.

Being new parents was a whole new journey for us. Filled with lots of questions, sleepless nights and difficult times. But the good far outweighed the bad for us! I was so worried that my health would be affected so I made a concerted effort to put my health first in order to put Grace first. I knew I couldn’t be a good mom to her if I wasn’t healthy. So I made sure I always did my treatment, ate well, carried on with my exercise regime and avoided getting sick as much as I could. Dean and I also decided before Grace was born that we would do whatever we needed to do to make sure I could stay at home; for my own health and to spend as much time with Grace as I could. So I stopped teaching and started up a small Pilates studio from home. I was really grateful that I had done the BASI Pilates course in 2010 and hadn’t had the opportunity to use it. 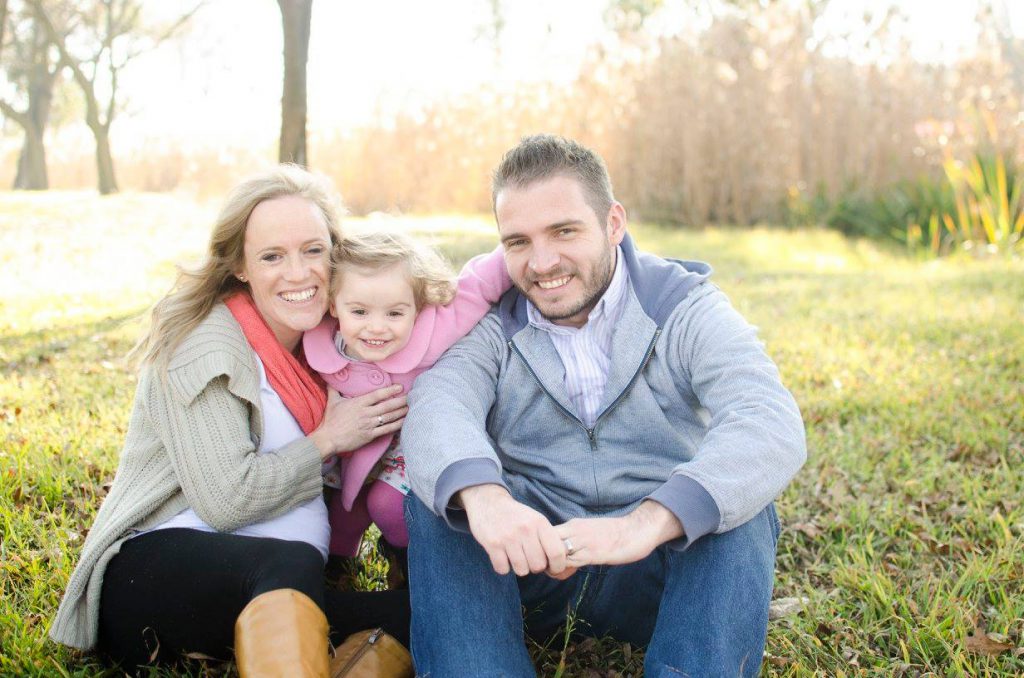 When Grace turned one we decided to try for another baby. We decided that because it took so long the first time we didn’t want to wait too long. But again God had it all figured out- and we fell pregnant quickly. This time it was stressful because the doctor wanted us to go to a paediatric specialist for scans to check her kidneys. While at the scan the doctor said that her kidneys were fine but he saw something “wrong” with her bowel and told us that there was a high chance that she may have CF. I was so confused! My husband, Dean, was tested before we even thought of having kids and the results came back that there was a 0,5% chance of him being a carrier so we never thought about it again. When this doctor told us that there was a chance of her having CF we were so worried. I didn’t know how our lives would be with two CF people in the house. After a lot of stressing and Googling we decided to wait until she was born and do a full gene sequencing to know for sure whether she had CF or not. Our little Hazel was born this year (August 2018), a week before Grace’s second birthday. We were so relieved to eventually find out that she is only a carrier. This was definitely the best news we could’ve been given after a stressful pregnancy.

I always felt like I needed to do something memorable during my journey with CF or make a big difference in some way… and now I’ve learnt that having my two kids is the path that has been set out for me. I know I am truly blessed to have kids even though I have CF and it’s given me even more reason to value my health and continue to stay as healthy as possible.